Fallsbjörkens Ateljéprogram is an Artist-in-Residence and artist-run association, located in the nature area of Fallsbjörken, Dalarna County. Housed in a remote traditional and primitively equipped chalet, with not much interference of any kind, the residency offers artists an opportunity to contemplate and work in inspiring living and working conditions. 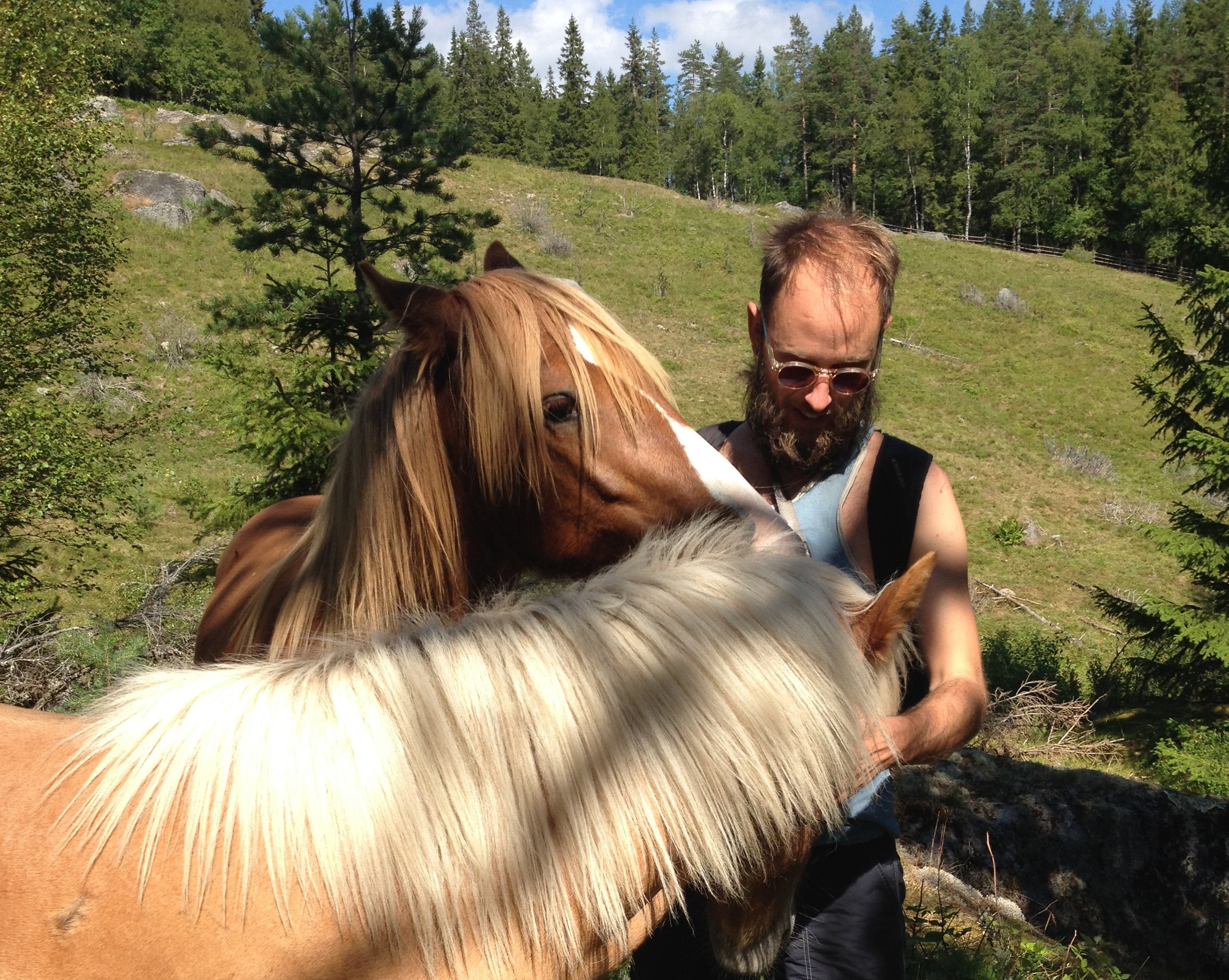 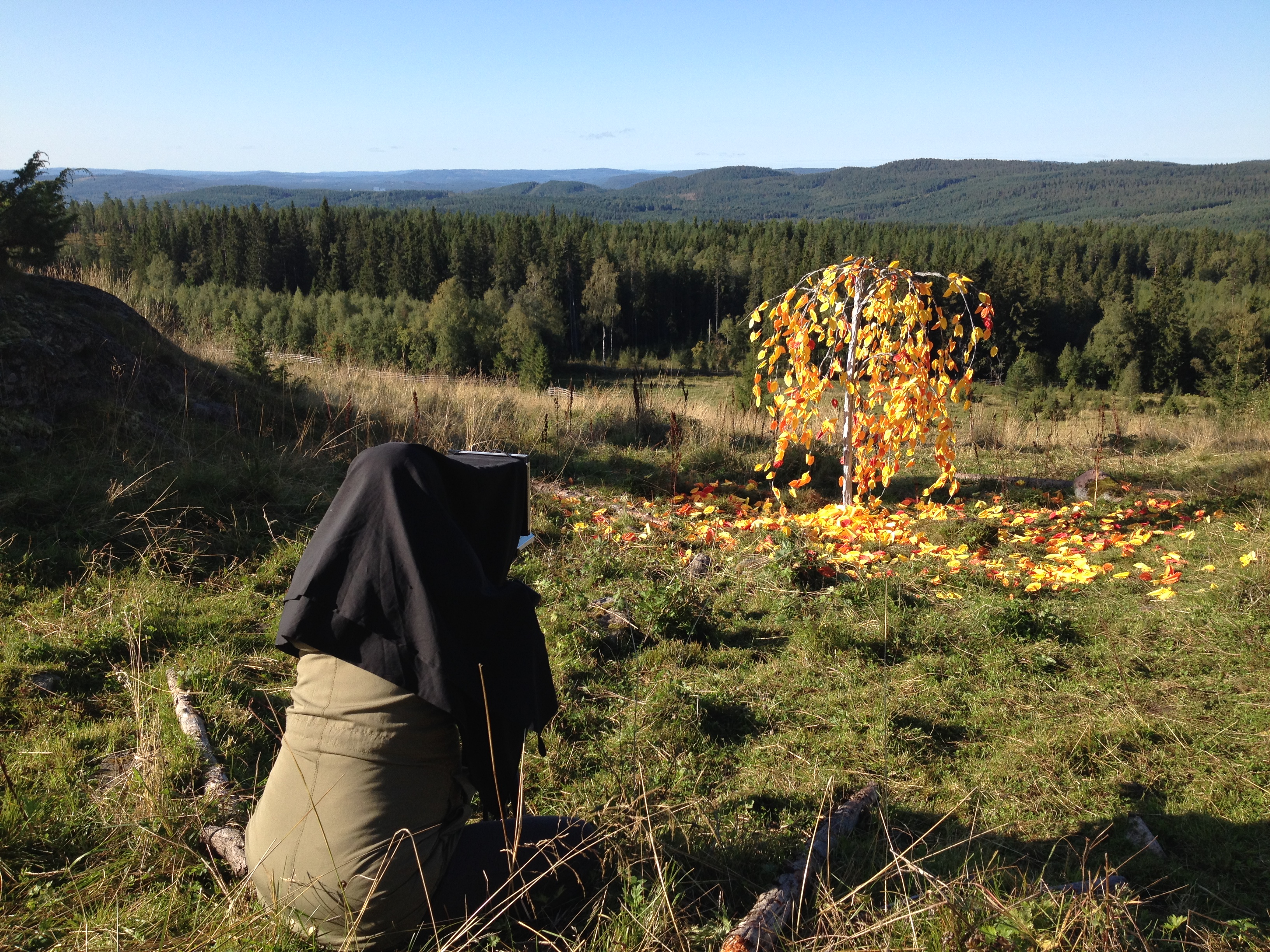 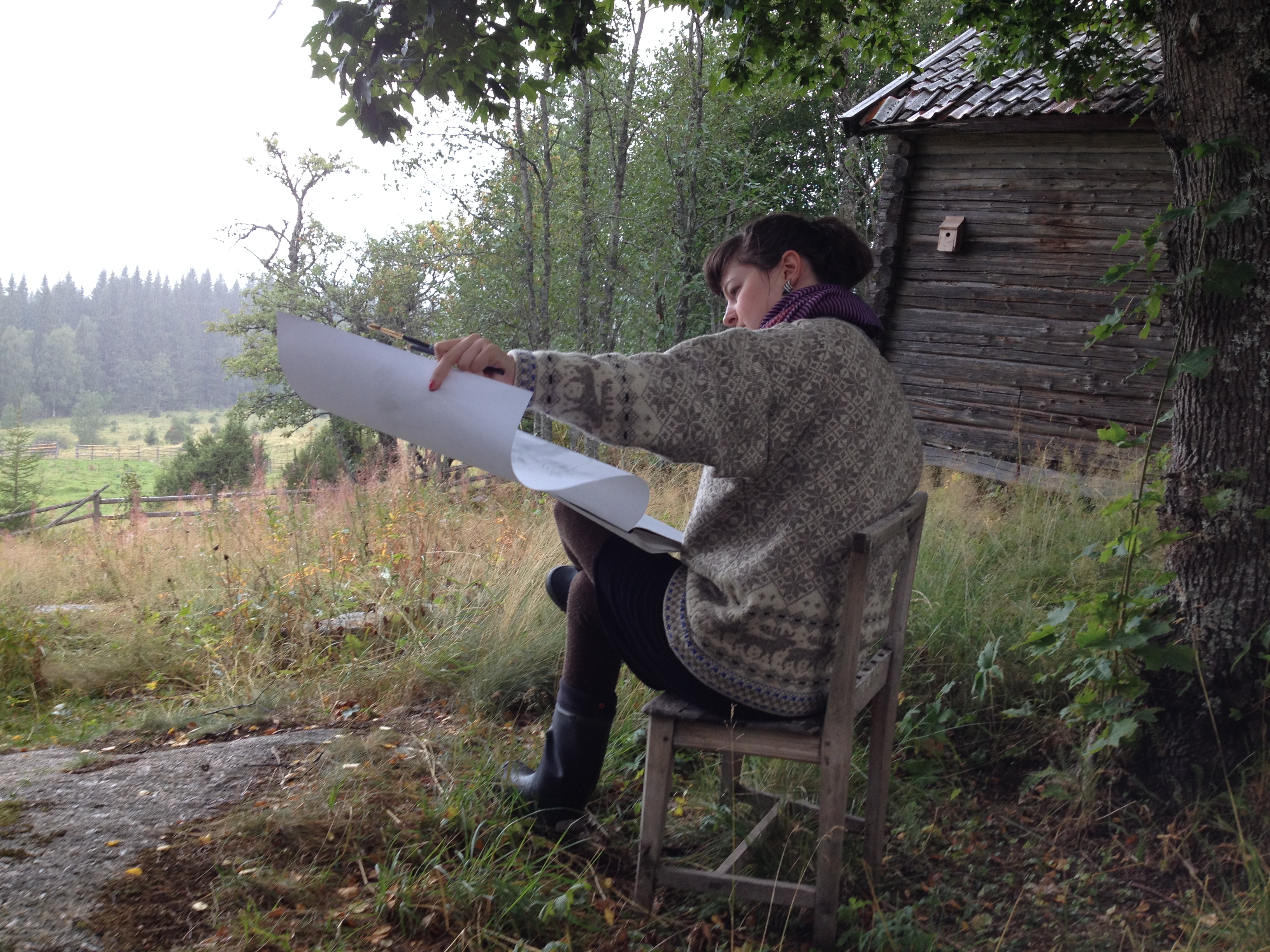 In this rural workspace for production and presentation, we also arrange lectures and exhibitions, both on site in Fallsbjörken and in collaboration with other initiatives in the region. We encourage site-specific art projects and have a particular interest in themes relating to folklore and locally rooted culture history and practice. Art projects exploring the historical presence of werewolves, paper imitations of wildlife and environmental challenges have been formed in Fallsbjörken since 2013, by visiting artists from Sweden, Canada and Finland.

The residency is situated in a remote nature area called Fallsbjörken, in Dalarna County. It’s a traditional Dalarna setting with old chalets (fäbod) from the 1800th Century and large common pastures for draught horses, still in use since the 1930s. The nearest town, Leksand, is reached by car or a 30 min walk through the forest and then by bus. In connection to the visit we offer a variety of excursions to workspaces, culture institutions in the region and sites of historical interest or locally rooted practice.

The old buildings of the residency were previously used by the pasture keeper, who stayed there during the summers while looking after the horses. It consists of a chalet with room for two visiting artists, and two barns, one is used as a studio and presentation space. There is no electricity in the area and water is fetched from a nearby well.

We are grateful for the support from Leksand Municipality, Dalarna County Council and Längmanska Culture Foundation.